Weaselzippers.net caught this bizarre governmental coincidence. The U.S. Missile Defense Agency, which is part of the U.S. Department of Defense, went from using the first logo below to using a logo looking strangely similar to the Obama 2008 campaign  along with the original agency logo. The new logo was created by the logo design company TMP Government. It appears the logo below still exists on the site and coexists with the new logo on letterhead, but the Web site shows it in a less prominent smaller area than the newer one.:

To this new logo here:

Now compare the new logo to the Obama campaign 2008 logo and the Iranian space agency logo. Could TMP Government possibly come up with something else that does not seem to remind people of an American campaign long finished or a space agency whose nation’s leader is a tyrant that wants to see our country’s demise? 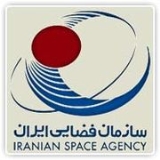 So it is one thing for a private company like Pepsico to alter its image (image below) and seemingly get behind Mr. Obama during his 2008 campaign, because consumers can just stop buying their products, if they are disappointed with a company’s political leanings:

However, if a governmental agency’s logo begins to look scarily like a presidential campaign theme, even if done unintentionally, that is a problem and should be corrected immediately.  Can anyone at DOD say National Endowment for the Arts scandal?

Mitch McConnell: China made a 'mockery of our airspace' with spy balloon