TRENDING:
Robb Elementary School
Salvador Ramos
Donald Trump
Houston
National Rifle Association
Russia
China
Fiji
Finland
Iran
Advertisement
SPONSORED What's This?
This content is made possible by our sponsor; it is not written by and does not necessarily reflect the views of The Washington Times' editorial staff. Email avercammen@washingtontimes.com to learn more. 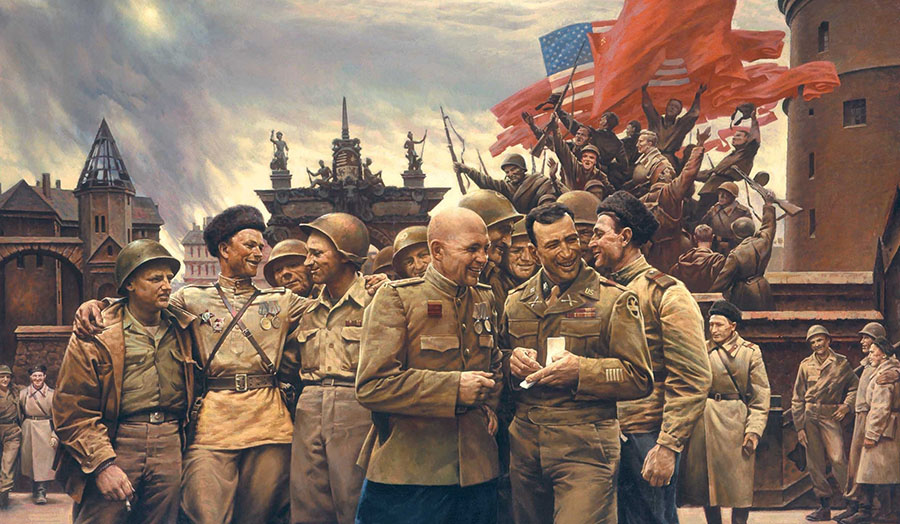 75 years ago, representatives of the United Nations saved the world from a terrible threat - Nazism. The peoples of the USSR, having shown an unprecedented heroic resistance, not only survived in a horrific battle against the enemy during the Great Patriotic War, but gave a peaceful future to succeeding generations at the cost of tens of millions lives.

In the victorious year of 1945, liberator soldiers were admired and sincerely appreciated by the world. It is our common duty to preserve and firmly uphold the historical truth about those events, to honor and pass on through generations the memory of the lessons and victims of World War II, of everyone who fought Nazism and fascism for the sake of independence, salvation from enslavement and the destruction of entire countries and peoples, respect for human dignity, the triumph of the ideals of freedom and equality.

These days we commemorate the fallen, thank and wish long life to the veterans of allied Soviet and American armies as well as to the workers of the rear and all those who gave us this holiday, our peoples share. In the 21st century, they still serve as an example of dedication, brotherhood in arms and cooperation for a greater cause.

Paul Ryan to campaign for Trump target in South Carolina