Sponsored Content - The Fight Against Fraud - Washington Times
Skip to content
TRENDING:
Donald Trump
Joe Biden
NFL
Washington
Los Angeles Dodgers
Joseph R. Biden
Amy Coney Barrett
White House
World Series
The World Series
SPONSORED What's This?
This content is made possible by our sponsor; it is not written by and does not necessarily reflect the views of The Washington Times' editorial staff. Email avercammen@washingtontimes.com to learn more.

The Fight Against Fraud

Cyberfraud. It's quickly becoming the watchword of this tax filing season.

Several weeks ago we saw an increasing number of attempts by cybercriminals to use stolen identities to file fraudulent state income tax returns. Seeing this increase in suspicious filings, we took swift action to secure these returns and, working in consultation with the states, installed new, targeted security measures to combat this latest threat. 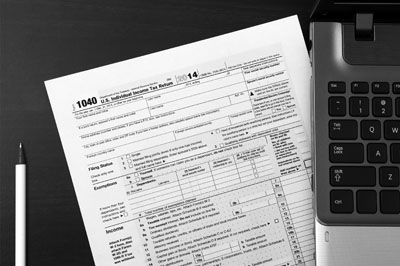 This is just one example in a larger, industrywide problem. The federal government estimates the Internal Revenue Service prevented about $25 billion in tax fraud in the last year alone. Yet despite those efforts, the IRS estimates it still paid out more than $5 billion in fraudulent refunds on tax returns generated by cybercriminals. And with the rise in cybercrime, that number threatens to go even higher. The American tax system is part of the financial foundation of our nation and our economy, and this type of fraud is a major threat to this foundation.

Meeting the cyberfraud challenge, which extends across multiple industries and sectors of our economy, is bigger than any one of us. No single company, industry or government alone can solve this problem. Facing this bold and sophisticated adversary, we need to take a concerted and collaborative effort to combat this problem. As the Pell International Center’s Cybersecurity Project has observed, we must do more as a nation “so that the United States, as a society, is prepared for the threats of the modern world.”

President Obama’s executive order on cybersecurity earlier this year heightened awareness of this challenge by calling on industry and government to join in a new public-private partnership, to work together to share data and improve each other’s fraud fighting capabilities in the national interest.

These developments followed a recent Washington symposium, “The Fight Against Fraud,” which Intuit convened along with a group of consumer, policy and subject matter experts, where we heard how cyber criminals pose a continually evolving threat to tax administration that requires a government-industry partnership response. We join in that call to action.

At Intuit, we are committed to helping lead this fight, and play our part in thwarting cyberfraud. At the same time, we are dedicated to the principle that the honest taxpaying population of this country must not be adversely affected either by fraud itself or by the fight to stop it. Protecting innocent taxpayers from inadvertent overreach in the battle against fraud is at least as important as winning the war. This battle must not be waged on the backs of the taxpaying public, imposing ever-increasing costs and compliance burdens, such as those faced by deserving taxpayers applying for tax credits like the EITC. Great care must be taken to stand with the honest taxpayer as this battle is waged, even as we do all that we can to help stop fraud and its perpetrators.

As part of our commitment, in 2012 we voluntarily began filing Suspicious Activity Reports with the IRS, to help the agency identify suspect patterns that may need further government scrutiny and potentially generate investigative action. We continually assess and refine our efforts so that relevant information can be as helpful as possible for the IRS, while keeping the protection of the innocent taxpayer uppermost in mind. We also separately file specialized reports of detected criminal activity to the IRS and to other law enforcement authorities.

That’s a start. But we all need to do more to win this battle. That is why Intuit strongly supports the anti-fraud recommendations of the American Coalition for Taxpayer Rights, a tax industry association. The ACTR recommendations offered over the last three years call for the IRS to regulate the tax industry with a consistent, uniform set of rules that set industry-wide requirements for fraud and suspicious return reporting.

And with cyber fraud increasingly targeting state returns, we must work to replicate the work being done on the Federal level with state agencies. Toward that end, Intuit has agreed to provide the same types of Suspicious Activity Reports to the state departments of revenue. We believe this too should become a uniform reporting requirement, industrywide, to assist the states and provide consistent analytic methodologies and procedures. And to be effective there will need to be common protocols, standards and guidance.

In addition, ACTR also recommends collaborative strategies between government and industry that can enable the private sector to use data-driven innovation to develop a process that would essentially pre-screen tax returns with a high probability of accuracy and completeness based on financial information validated at its original sources, and on familiarity with returning customers. This innovative, data-driven process could improve tax administration for government, while combating fraud, and simultaneously making it easier for taxpayers to accurately file their returns.

Rather than imposing more burden on our taxpayers, or sweeping them into the fraud battle, the capabilities of America’s world leadership in technology and innovation needs to be turned once again to further simplifying tax compliance in this country, ensuring that law-abiding taxpayers are appropriately moved through the system with as much respect and as little difficulty as possible. Fairness is the essential bedrock of our voluntary compliance system in this country.

There is precedent for what can be done when government and industry work together. Look at what we accomplished with e-file. The IRS took on the challenge of transforming a paper-based process, decades ago, in partnership with private industry. And here we stand today with almost all taxes done electronically and e-filed. We must undertake the same spirit of private-public partnership in writing the next chapter together.

And as we do this, we must keep three principles front and center: fairness, accuracy and safety. We owe the American people no less. Combating fraud in the tax system is a fight we can, and must, win. And to get this job done we need action-oriented, collaborative engagement to tackle these common threats to government, industry and the American taxpayer. The time is now.

This content is made possible by our Sponsor: Intuit, it is not written by and does
not necessarily reflect the views of The Washington Times editorial staff.

For Trump and Biden campaigns, it’s not just having money, but spending it wisely