Quiz: How much do you know about the U.S. Congress?

What to do about Nancy Pelosi’s father?

How do you feel about the state of the U.S. economy?

One of the District’s youngest and most famous celebrities got a name Sunday, as hundreds of giant panda fans and local dignitaries gathered at the National Zoo for a ceremony that christened the 100-day-old panda Bao Bao.

Cheers, applause and gasps of excitement came from the large crowd, many of whom had been standing on line since sunrise, as officials unveiled the female giant panda cub’s moniker in the early afternoon. The name means “precious” or “treasure” and was the most popular name out of a monthlong online poll that collected more than 123,000 votes from around the world.

“We all feel very much like proud parents,” said Kerri-Ann Jones, assistant secretary of the Bureau of Oceans and International Environmental and Scientific Affairs. “It’s inspiring to see this strong little cub.”

Bao Bao was not present for her naming, but the audience was treated to the live video stream from one of the zoo’s cameras that is trained 24/7 on the cub and her mother, Mei Xiang. 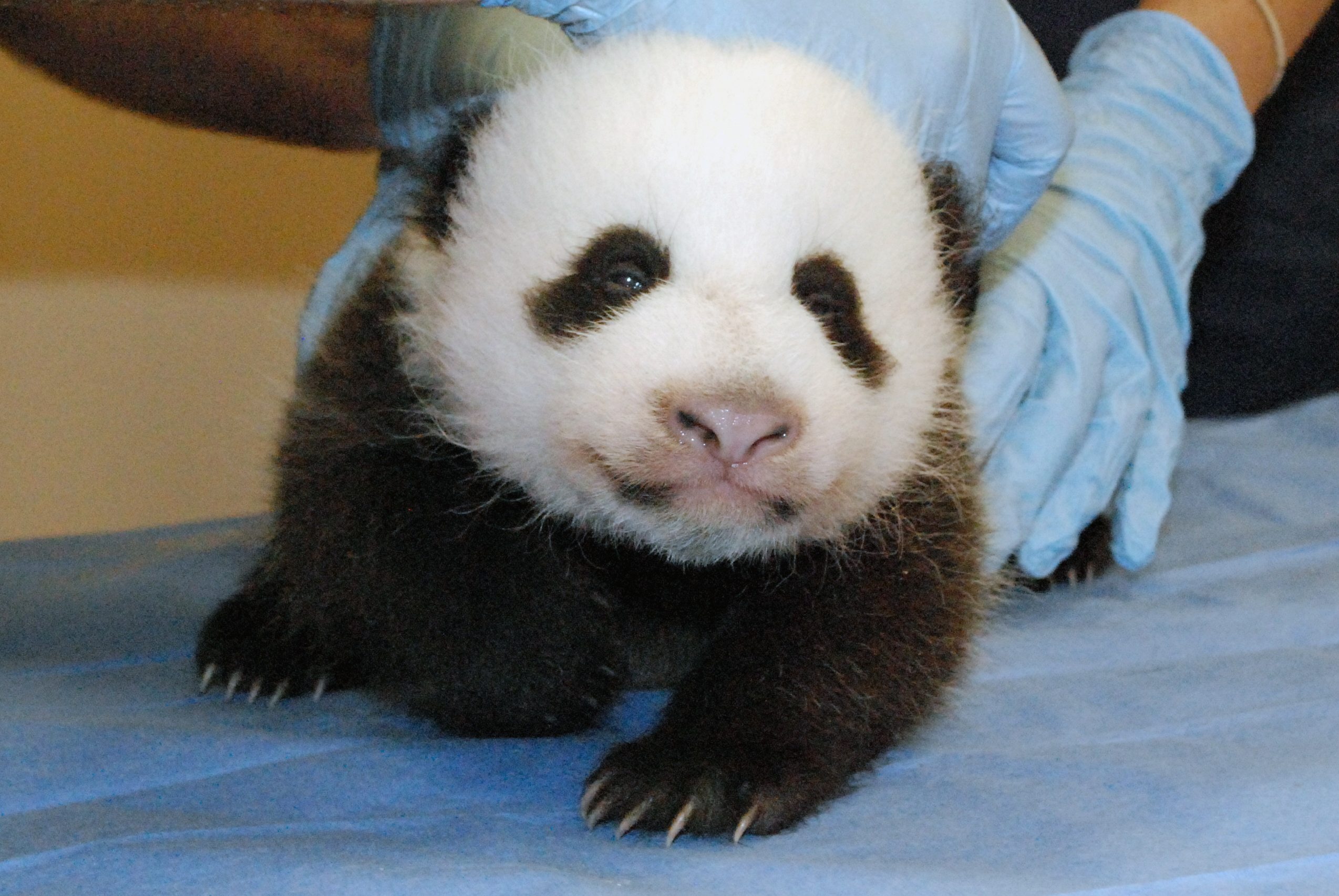 “The 100-day celebration is very unique and of special importance,” he said. “It represents the wish that the baby grows up happy and in good health and lives more than 100 years.”

Bao Bao is the daughter of the zoo’s resident adult giant pandas, Tian Tian and Mei Xiang. She was born Aug. 23, helpless, hairless and roughly the size of a stick of butter. Throughout the past three months she has grown to weigh more than 11 pounds and is learning how to walk.

And if the size and energy of the crowd attending her naming ceremony is any indication, Bao Bao is shaping up to be at least as popular as her older brother, Tai Shan, who now resides in China but spent four years delighting National Zoo visitors.

One of the first in line for the naming ceremony, Arlington resident Karen Wille said she visited Tai Shan every weekend with a group of fellow giant panda fans when he was living at the National Zoo and has visited him four times at his home in China.

“We still came back to see mom and dad,” said Ms. Wille, 59, the sun glinting off her studded panda earrings.

When Bao Bao was born, Ms. Wille said she faithfully monitored the cub’s development via the zoo’s Panda Cam and met up with a handful of her friends for Sunday’s naming ceremony.

“Every baby born is another panda to help the future of the others,” Ms. Wille said.

Conservation was a theme at Sunday’s ceremony, which officials said was about more than just a name.

“Today is special because it is one more giant panda added to [the population],” National Zoo Director Dennis Kelly said. “We are so proud we are able to make that contribution.”

Giant pandas are endangered, and all of the giant pandas on display in the United States are on loan from the Chinese government. Before a zoo is loaned any giant pandas, it must demonstrate that it has the resources for research that can help the animals in the wild and in captivity.

Marty Dearie, 38, has been a keeper at the National Zoo for four years, and this was his first time helping to take care of a cub, he said.

Mr. Dearie said Bao Bao is well on her way to learning how to walk, though mother Mei Xiang still pushes or carries her throughout their enclosure.

“She’s been really good, really calm,” he said of her exams with zoo veterinarians, and “she’s orienting toward us, which is good.”

Mr. Dearie acknowledged that the death of a week-old baby panda cub last year was a “crushing thing” for keepers but added that since Bao Bao’s birth, “it’s been 100 days.

“I don’t think the level of excitement has dropped off,” he said.

Lafayette Square across from White House reopened to public

D.C. to lift coronavirus restrictions for most businesses, public activities next week