Too much slavery at Monticello? Heritage Foundation attacks ‘racialist agenda’ at TJ’s plantation

The art of bamboo for pandas at the National Zoo

Who’s above the law? How about Hunter Biden, Hillary Clinton and BLM rioters, for starters

What will Liz Cheney's next move be?

“Panda candy” — that’s what the National Zoo’s bamboo procurement team told Christian Ostermann he was growing in his yard.

Though more difficult to harvest than the other two kinds of bamboo growing on the 48-year-old’s Fort Washington property, the “panda candy” was a valuable find. True to its nickname, the bamboo is useful when the zoo’s giant pandas are sick or acting stubborn about their meals.

And in an area where jungles of bamboo are absent, the zoo’s nutrition team needs all the help it can get keeping two of the District’s most discerning palates well fed. 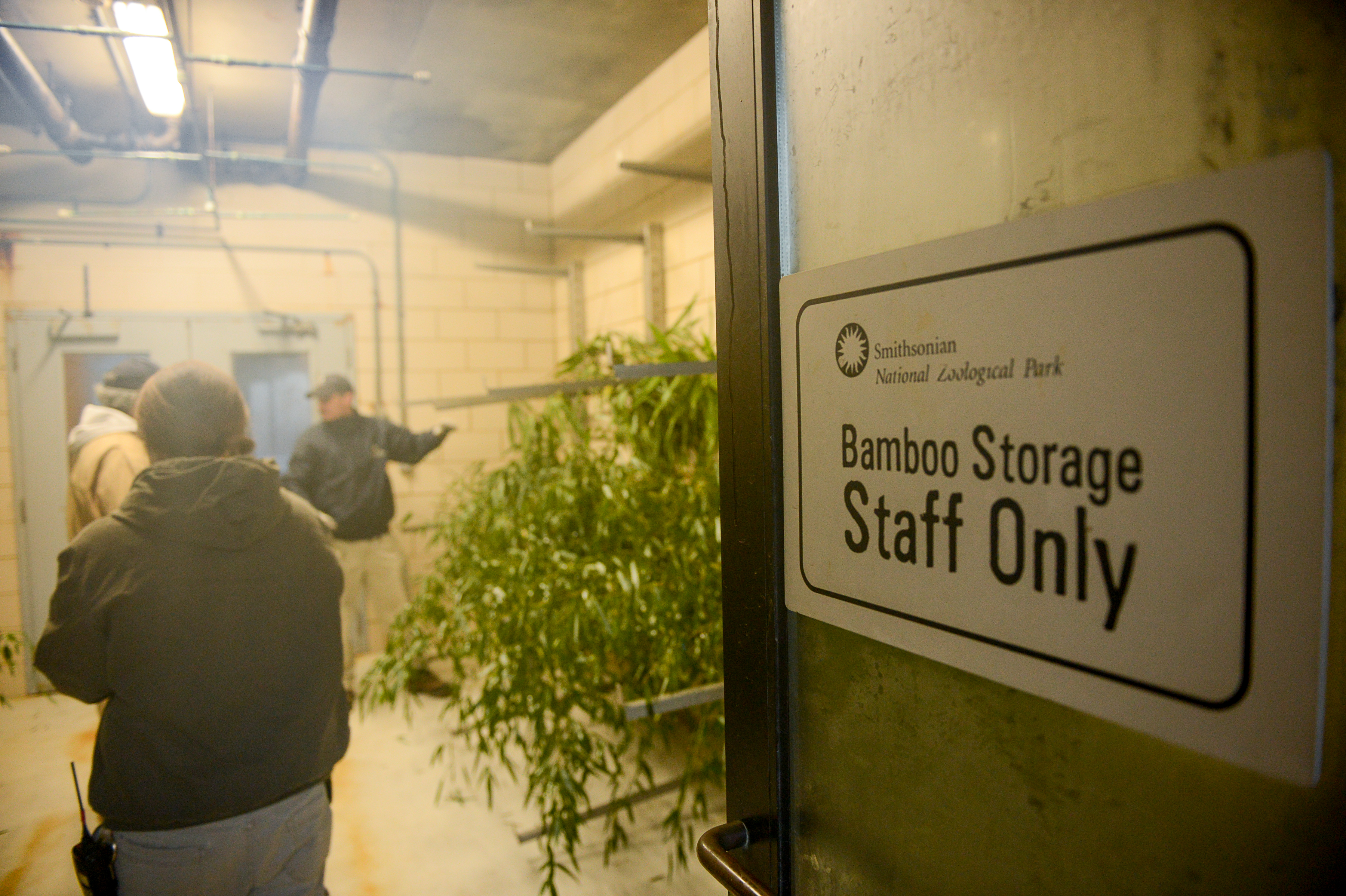 The National Zoo’s giant pandas Tian Tian and Mei Xiang combined eat as much as 150 pounds of bamboo every day, and the amount required will only grow as Mei Xiang’s female cub gets older and is weened off milk. The cub is set to celebrate her 100-day-old birthday Sunday, the traditional milestone for panda names to be announced.

To meet that daily quota of bamboo, a team of 10 nutritionists shares the responsibility of harvesting bamboo from one of the zoo’s roughly 15 sites around the D.C. area.

Mr. Maslanka, 42, said the sites run the gamut for location and the length of time the zoo has been harvesting there, but they all have a few things in common.

“We typically source from sites that are more than one acre,” he said. “We want to make sure we can go back and harvest. Ideally we want a lifelong relationship.”

Despite the massive quantities of bamboo the zoo’s pandas require, the supply can be quickly replenished thanks to the plant’s rapid growth rate — up to 2 feet per day, according to zoo officials. 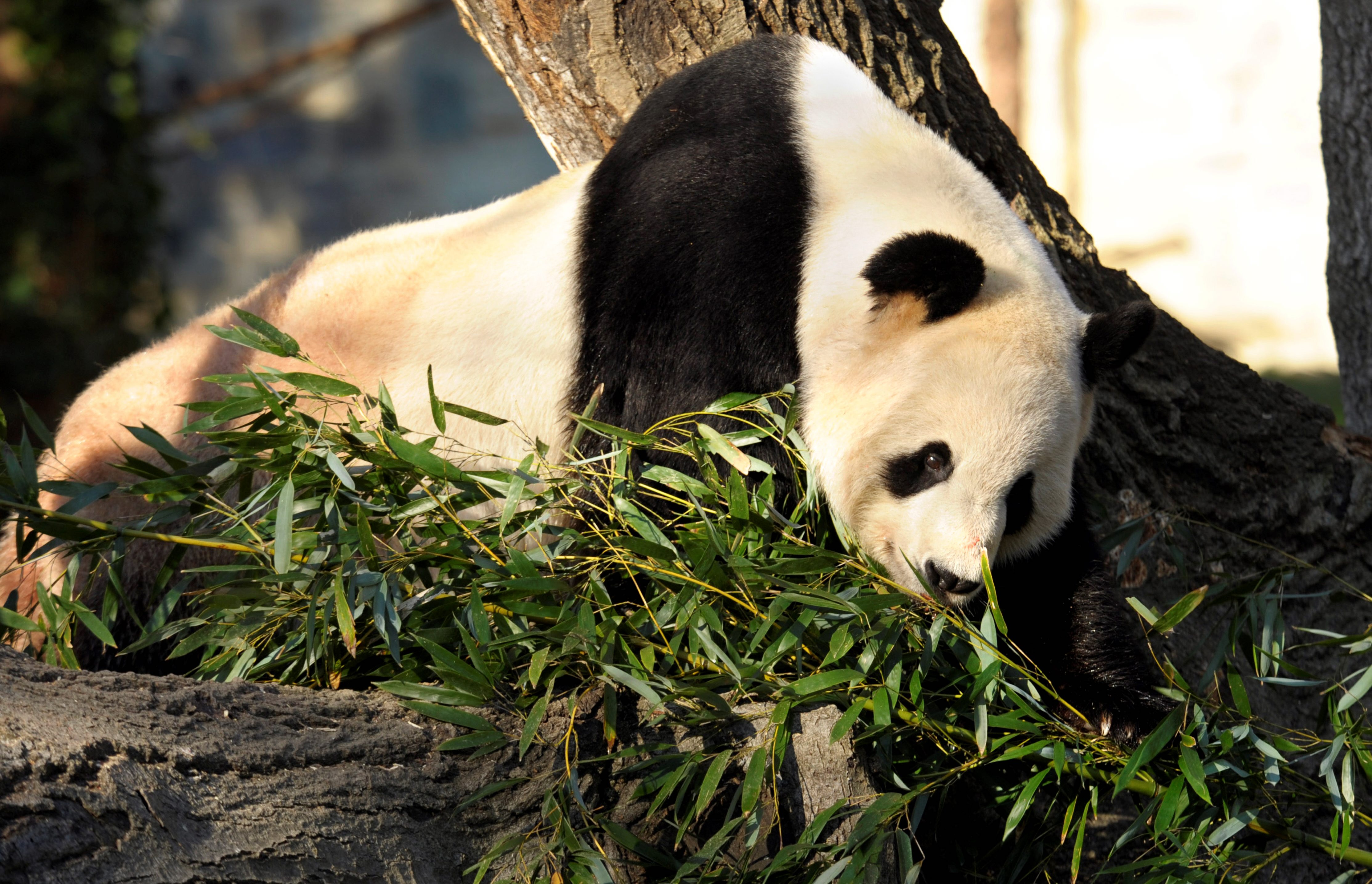 Some sites are in private yards like Mr. Ostermann’s property, while another is along the Potomac River. Bamboo grows near one of the bridges leading into the District, while other sites are in Poolesville and Mitchellville. The zoo itself has 53 varieties of bamboo growing on the property that can be harvested when weather prevents the crew from traveling, but not just any bamboo is suitable for the animals. Potential harvesting sites are tested for toxins and contaminants. 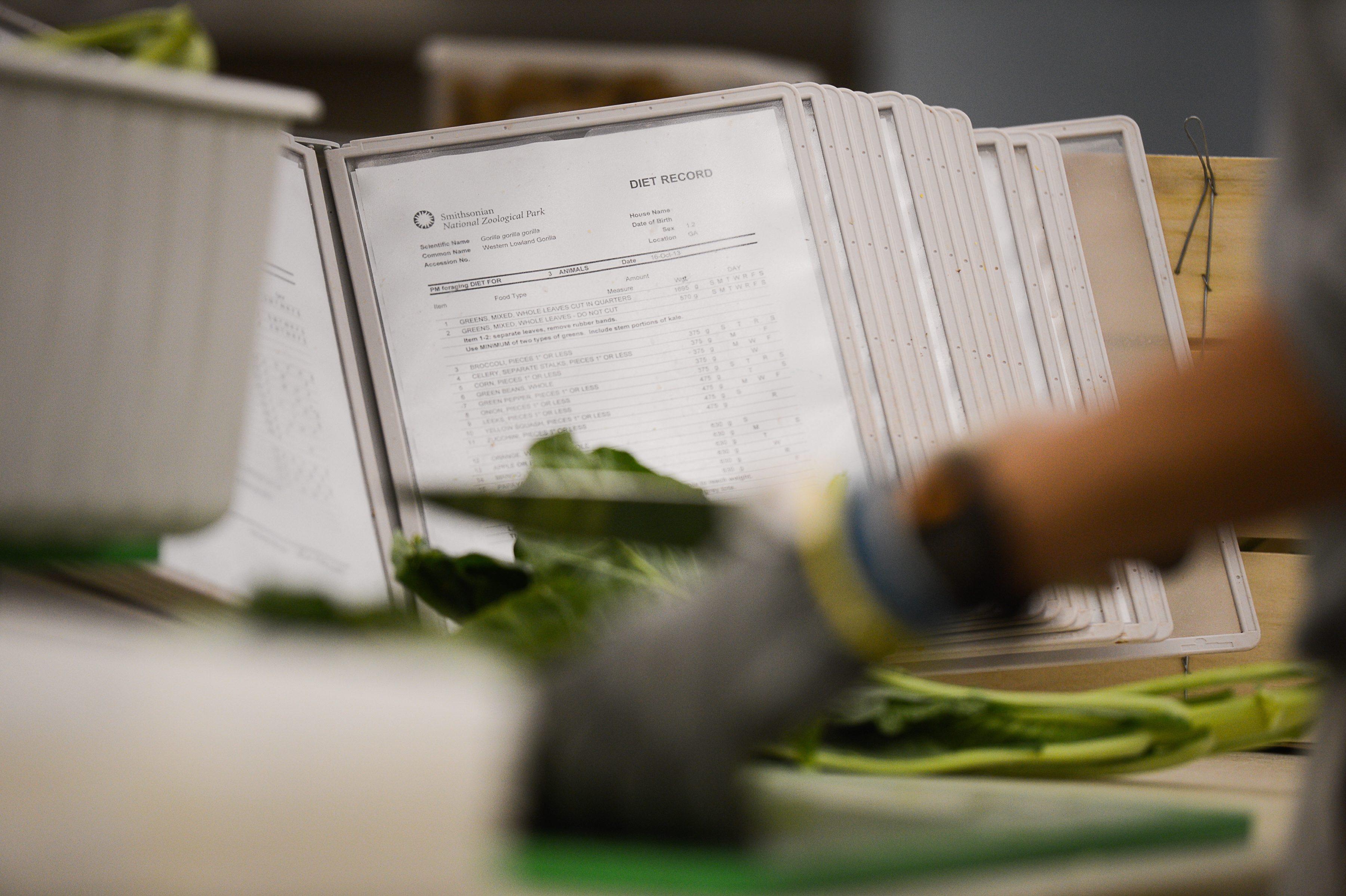 Mr. Smith, 33, said the team uses loppers, or branch cutters, to cut down the bamboo. Hand tools are preferred over power tools, but if the crews do use a chain saw to cut the plant, the loppers are then used to trim the ends to avoid contaminating the plant.

The procurement team makes three or four trips per week, depending on the weather as well as the time of year.

Mr. Maslanka explained that, depending on the season, giant pandas will switch from eating the leaves of the bamboo to the actual bamboo stalk. It takes more harvesting to get 100 pounds of leaves than it does 100 pounds of thick bamboo stalk.

“It’s like iceberg lettuce,” Mr. Maslanka said of the bamboo. “It has caloric value, it has nutritional value.”

But bamboo tends to be difficult to digest, Mr. Maslanka said, which is why the pandas must eat so much of it. 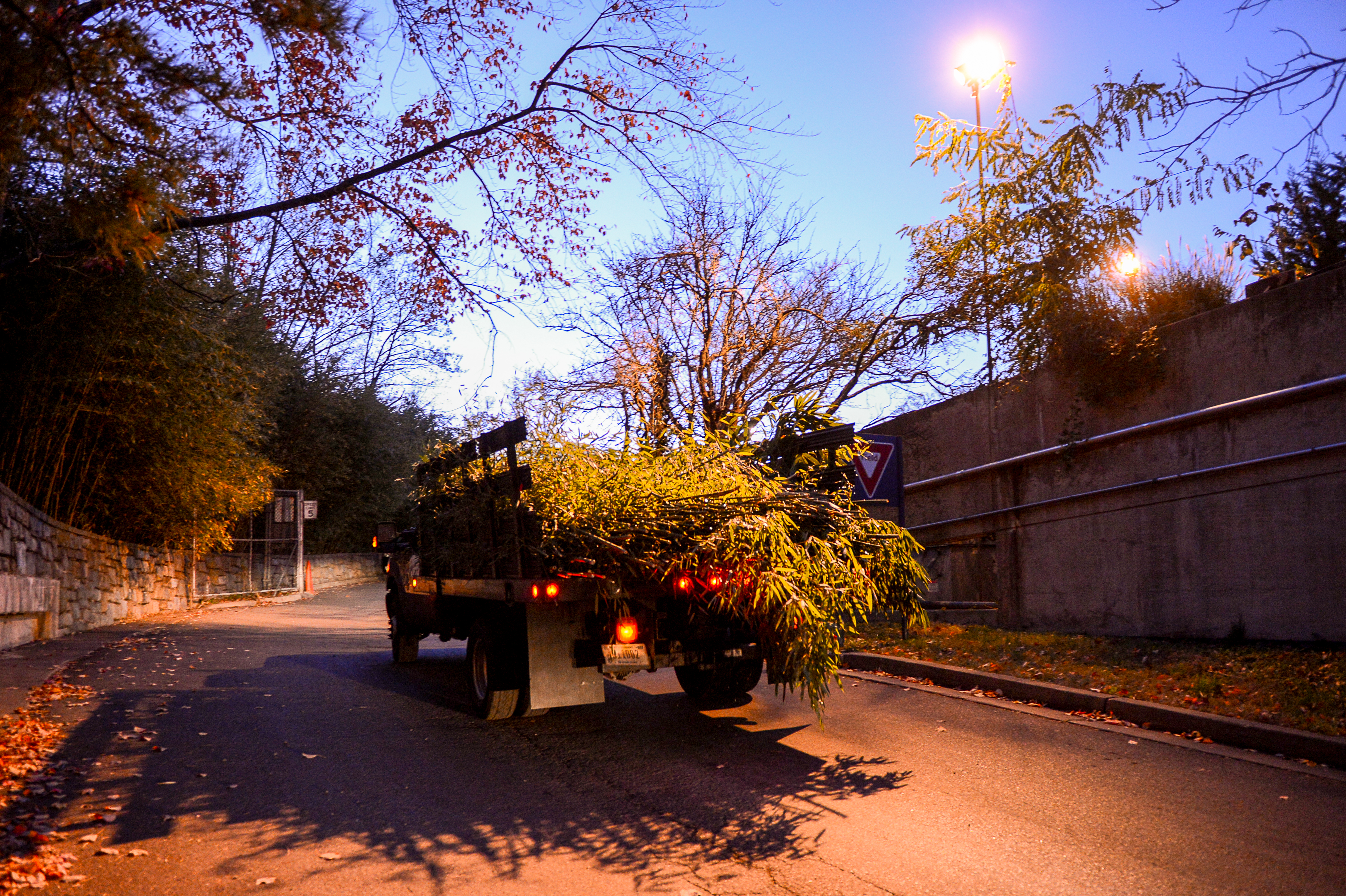 When the crew returns to the zoo, the bamboo is put in a parking bay outfitted with water misters, similar to the sprays in the produce section of grocery stores. The bamboo doesn’t stay fresh for long, but the moisture helps keep it green until it is delivered to hungry mouths.

As the sun rises each morning, trucks loaded with the day’s meals for the 2,000 animals make their way through the zoo, stopping at the doors of each exhibit to drop off crates of fruits, vegetables, raw meat, frozen mice and rabbits — and the bamboo. It costs about $1.2 million each year to feed all the animals.

Mr. Maslanka’s crew handles all the diets or meals for the animals in the park, though they get help from volunteers — and, in the case of bamboo, property owners like Mr. Ostermann.

Mr. Ostermann, 48, and his wife, Lisa, bought their home earlier this year. During the buying process, they learned that the owner worked with the zoo on the bamboo harvest site.

The owner’s father had been an Army physician based in Asia, and when he returned brought home bamboo seeds, Mr. Ostermann said. 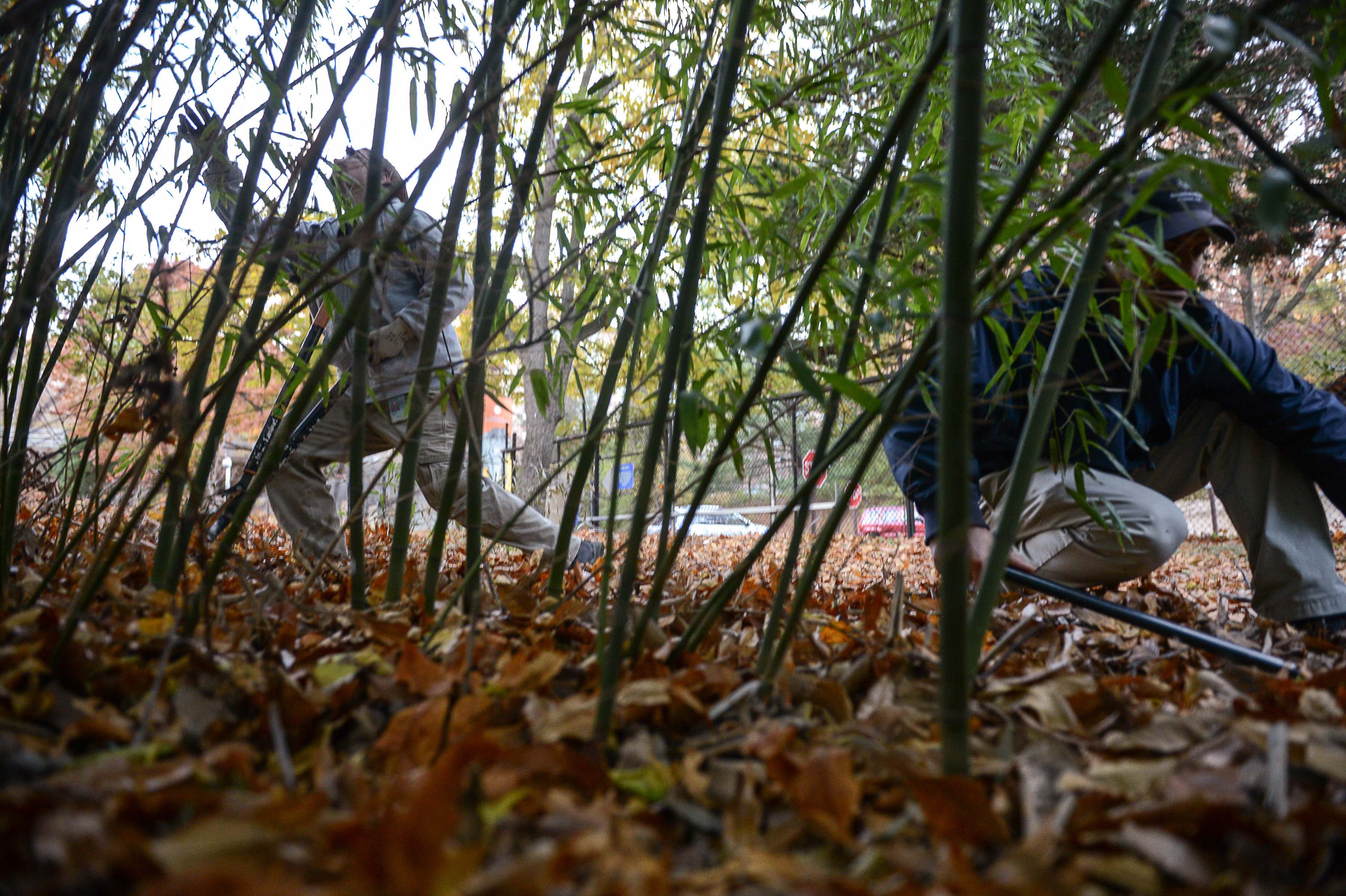 “There’s now a rather large bamboo crop,” he said. “We have 14 acres of property. A good bit of it is woods and a good bit of that is bamboo.”

After buying the home, Mr. Ostermann wrote to the zoo and expressed his interest in keeping up the bamboo harvest.

“I immediately had a message from Mike and the next day a personal email from the National Zoo saying they would love to continue the cooperation.”

Though the zoo had done a large harvest prior to Mr. Ostermann’s move, the procurement crew did come out to give the couple an idea what happens during a harvest.

Mr. Ostermann said the crew would likely be back next year when the bamboo has regrown. In the meantime, he said, he would be following the giant panda updates knowing his contribution makes a difference to the zoo’s nutrition team.

“We were of course extremely excited about this connection,” Mr. Ostermann said. “It’s wonderful for us to contribute in this way to the National Zoo giant panda program. When we see the pandas, see reports on the zoo, you have a much closer, direct connection.”

• Meredith Somers can be reached at msomers@washingtontimes.com.