LISTEN: Where the U.S. and Russia went wrong One summit won’t resolve 30 years of missteps

Trump was right; so were we

Millions of people each year make the trek to the District to see its monuments and museums and walk the halls where laws are passed and history is made.

But thanks to the lingering effects of an earthquake nearly two years ago, various philanthropic efforts and good old-fashioned wear and tear, some of the most iconic sites and vistas in the nation’s capital won’t look like they do in photographs and films.

Decked out in scaffolding and scrim, familiar sites citywide are undergoing repairs, renovations and improvements. And while some visitors might be disappointed, officials say it’s unlikely to keep the summer crowds away.

“Tourists who come somewhere like the District, they want to see things without construction,” said Elliott Ferguson, president and CEO of Destination DC. “Yes, there’s a lot of work being done, but that doesn’t deter people from coming.” 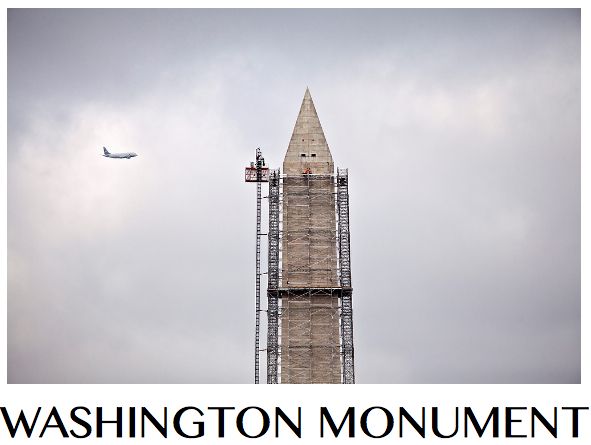 At a towering 555 feet, the granite obelisk has stood sentry in the center of the Mall for 128 years. Until the August 2011 earthquake, more than a half-million people annually visited the monument, many clutching tickets to take them to the small viewing area at the top that offers prime views of the city. 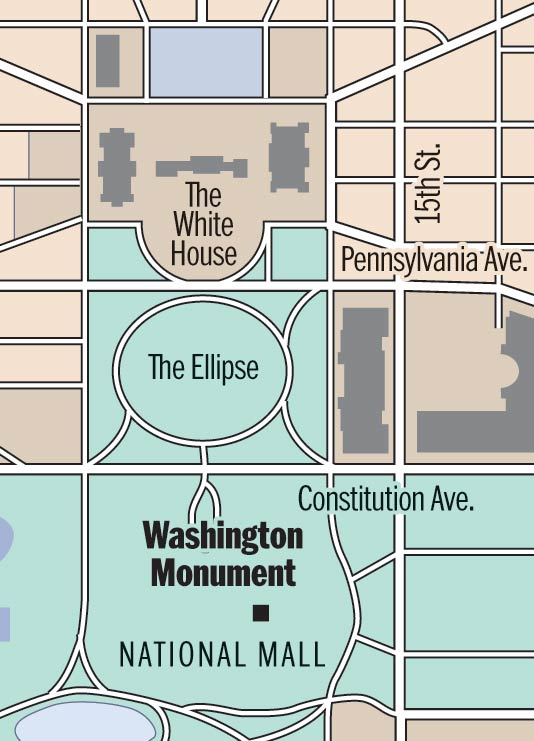 After suffering damage in the 5.8-magnitude quake, the monument was closed. National Park Service officials put a $15 million price tag on the repairs, which included fixing the elevator, resealing a 4-foot-long crack and patching joints. To do that, the monument has been encased in scaffolding and will remain that way until next year.

But this isn’t your average scaffold. Park Service officials ordered the same kind used during the restoration project in 1999. It combines lighting and draping to give the structure a luminescent appearance at night. 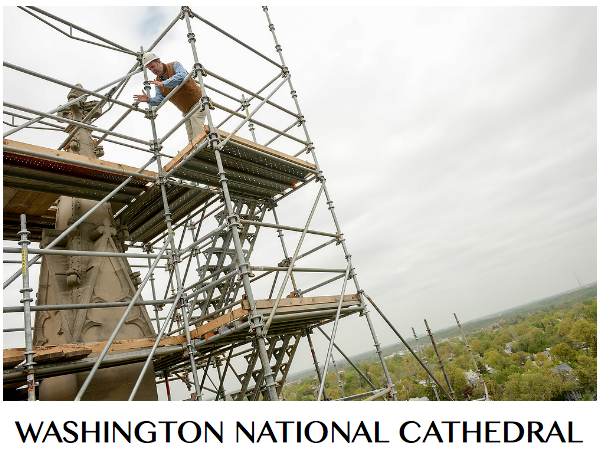 Occupying the highest point in the District, the century-old cathedral has played host to presidential funerals, memorials and standing-room only Christmas services. But, like the Washington Monument, it was violently jolted by the 2011 earthquake that twisted stone turrets weighing more than a ton.

Unlike the Washington Monument, the cathedral only has scaffolding on its towers and was reopened soon after the quake. Inside the cavernous structure, dense netting is strung across the ceiling to catch any remaining pieces of mortar and debris that could be shaken loose by restoration efforts.

A spokeswoman said $9 million has been raised to help restore the cathedral but at least $20 million is needed for the repairs, which could take up to 10 years to complete.

The work is time-consuming and money is tight, but in May the cathedral won out against 23 other locations in the District vying for a $100,000 grant for restoration. 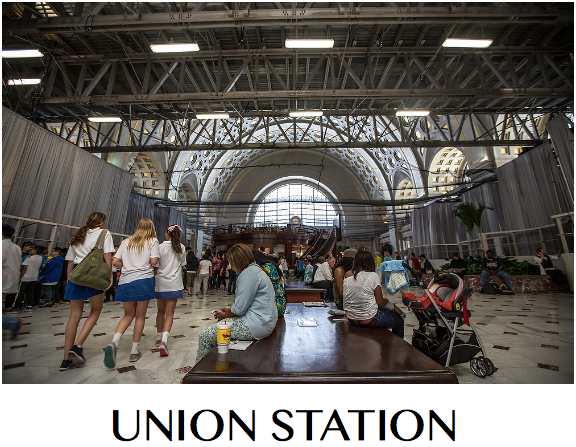 The Washington Monument got scaffolding, the Washington National Cathedral got netting, and the historic Union Station got both. 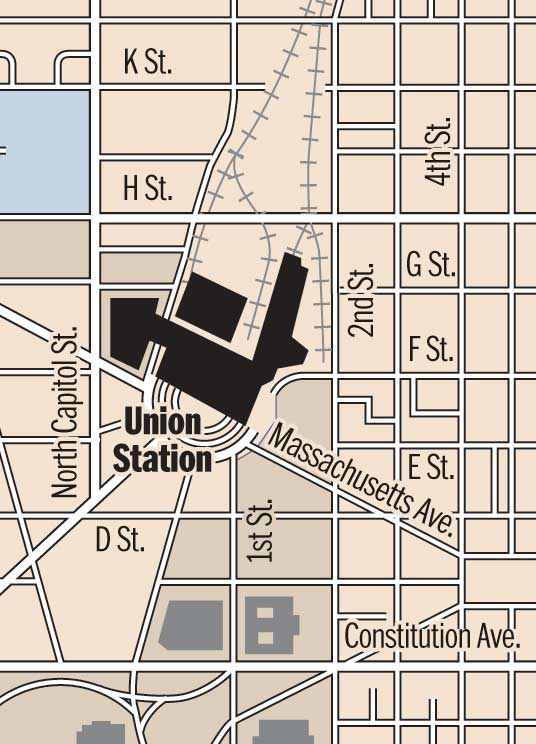 Also damaged in the 2011 earthquake, workers are still restoring the cavernous Main Hall, which nearly 20,000 commuters and tourists pass through every day.

The jolt caused pieces of plaster to fall from the curved ceiling in the Main Hall and concourse area, where thousands of travelers walk through or pause for a bite to eat or to shop.

Beverley Swaim-Staley, president and CEO of the Union Station Redevelopment Corporation, said travelers can expect to see scaffolding and netting for the next two or three years.

Workers have started painting, plastering and gilding the first and most western bay of the Main Hall. Each of the six bays should take five to six months to complete, Ms. Swaim-Staley said. The scaffolding will be moved as each bay is completed, and exhibits at the north and south end of the hall have been put up to explain to visitors what all the work is about — if they notice it at all.

“I sit over there a lot, watching people going through the station, and it’s really amazing to see how many people don’t notice it,” Ms. Swaim-Staley said. “They’re walking through quickly to catch a train, or they’re still caught by the magnificence of the room and they don’t see the netting or don’t notice the scaffolding.” 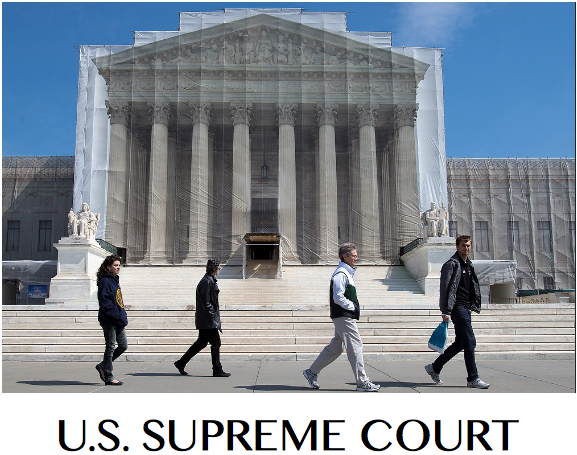 Scaffolding was erected in front of the west-facing side of the building in May 2012, and boasts a life-size representation of the columned, marbled facade. The decision to hang the decorative covering was modeled after a popular European practice, according to the Architect of the Capitol. 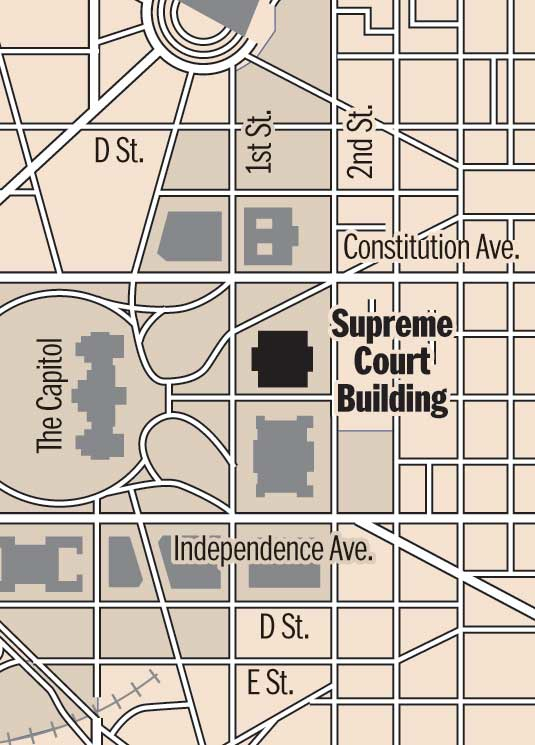 The project has not impacted public access, a spokeswoman for the Supreme Court said. The 21-month project should be completed by early next year.

Restoration plans began in late 2005, when a piece of cornice fell to the ground.

Included in the project is the replacement of mortar and sealants in all of the stone joints, as well as installing new bird deterrents.

Crews will also address the finer and more delicate aspects of the building, such as using a laser to remove soil buildups, and repainting the bronze grilles at the portico. 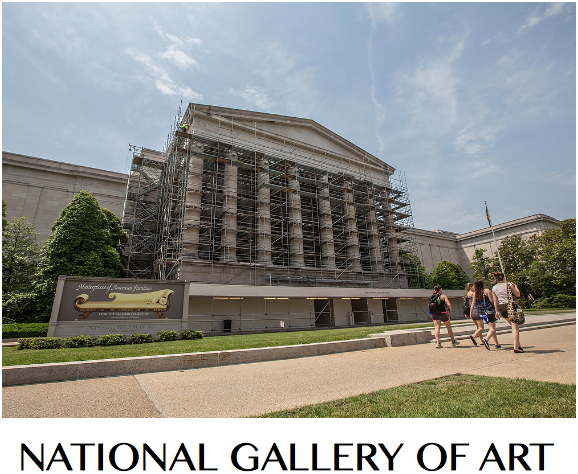 The yellow crane extending out over the East Building of the National Gallery of Art isn’t part of a new modern art exhibit; it’s there to help with the construction of new gallery space. 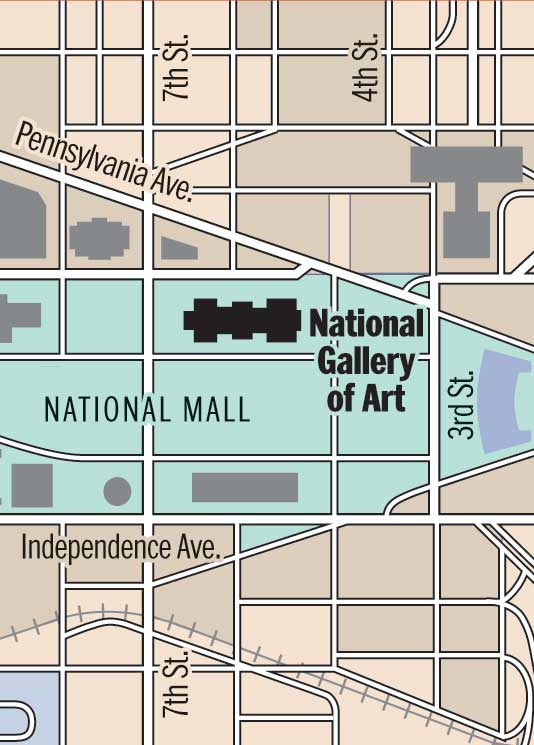 Gallery officials announced the project in March. It is being paid for by a public-private partnership. Included in the project is 12,260 square feet of new exhibition space, and an outdoor sculpture garden.

While construction is set to begin in January, exhibits in the East Building will close starting this month, culminating in the closure of all the galleries in December.

The two new Tower Galleries planned within the project will be hexagonal, about 23 feet high, with wood floors, white walls, and skylights. The new towers will display modern art from the museum’s permanent collection. The 6,105-square-foot outdoor sculpture terrace will overlook Pennsylvania Avenue.

The project is part of the ongoing Master Facilities Plan, which began in 1999 in the West Building of the National Gallery of Art. 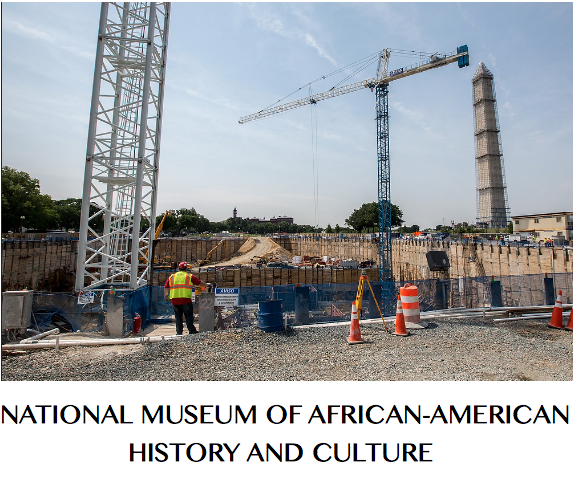 Officials with the National Museum of African American History and Culture understand that passers-by are curious about what’s behind the fencing and temporary walls surrounding the construction site at the intersection of Constitution Avenue and 14th Street Northwest, so they’ve posted streaming video on the website to document the construction. 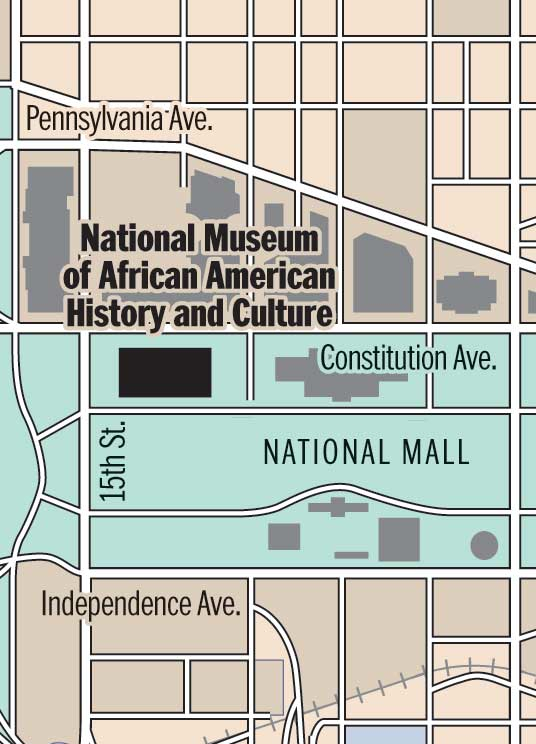 Ground broke on the $500 million project last year, and the museum is scheduled for completion in 2015. It currently has an exhibition gallery in the neighboring National Museum of American History.

The museum will sit on a 5-acre site, and house exhibits that highlight black history, the slave trade, the Civil War and the Civil Rights Movement.

“The goal of the museum was to really make us all better,” museum director Lonnie Bunch said. “To create a safe space where people can talk and explore the history of African-Americans in a way that will bring us to reconciliation and healing.” 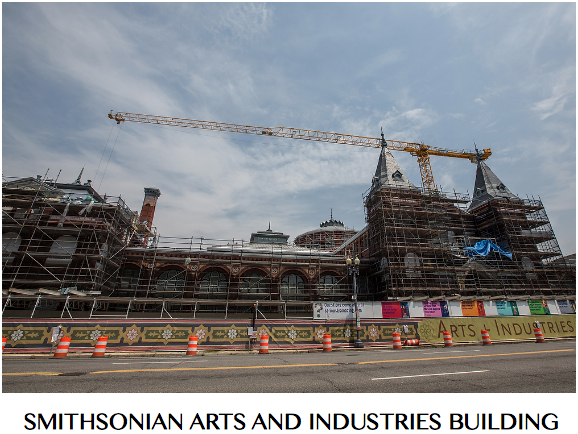 The Smithsonian Arts and Industries Building might have closed a decade ago, but work is going strong to update the big brick building along Independence Avenue in Northwest. 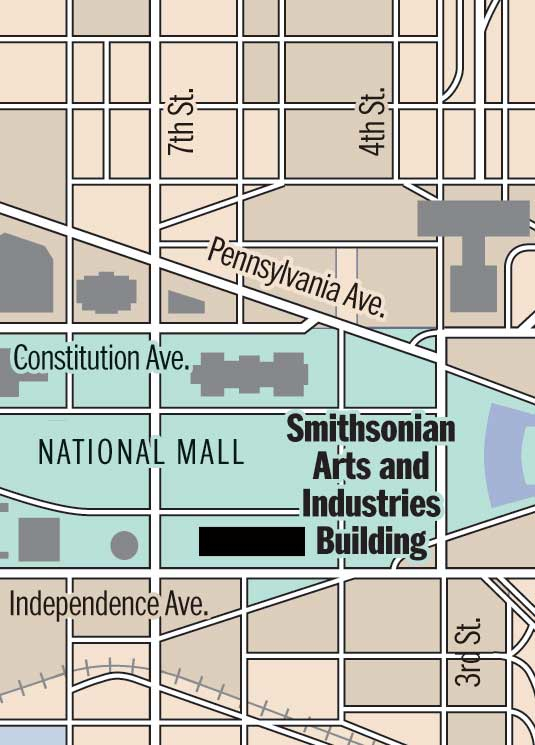 While scaffolding currently surrounds the structure, once it’s removed this fall the building will have 800 new windows, spiffed-up bricks, and a new roof that measures more than 2 acres.

Inside, the building is getting new paint and plaster, and the windows will offer visitors views of the Mall and surrounding gardens and landscape. Finishing touches on the interior won’t be added until a permanent use of the building is decided.

Five inmates are on the ballot in District election Tuesday