Subsidizing failure and mediocrity in America

Senior Air Force leaders have drafted a budget-driven plan that would strip the three- and four-star generals who oversee major commands of their authority to manage their bases.

A draft of the plan obtained by The Washington Times shows that the Air Force is aiming to consolidate support operations under the umbrella of a single center, known as the Air Force Installation and Mission Support Center. 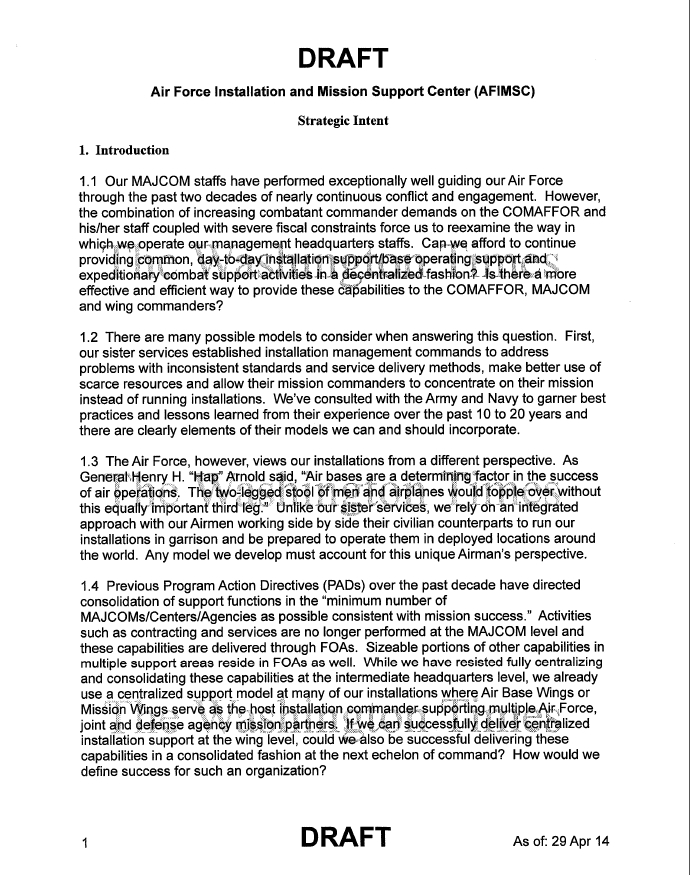 The tricky endeavor would shuffle day-to-day base management issues — such as construction, maintenance and procurement of equipment and supplies — from under the authority of the senior generals who command the bases to the leadership of a two-star general who would run the support center, according to the draft proposal.

The plan was born out of a directive from Air Force leadership last year to reduce headquarters operations costs at least 20 percent by 2019. It cites reductions contained in the Budget Control Act that were implemented by the Obama administration in 2011.

The consolidation would affect the service’s 10 major commands, each of which specializes in areas such as technical training, management of non-nuclear combat air power and global air mobility. 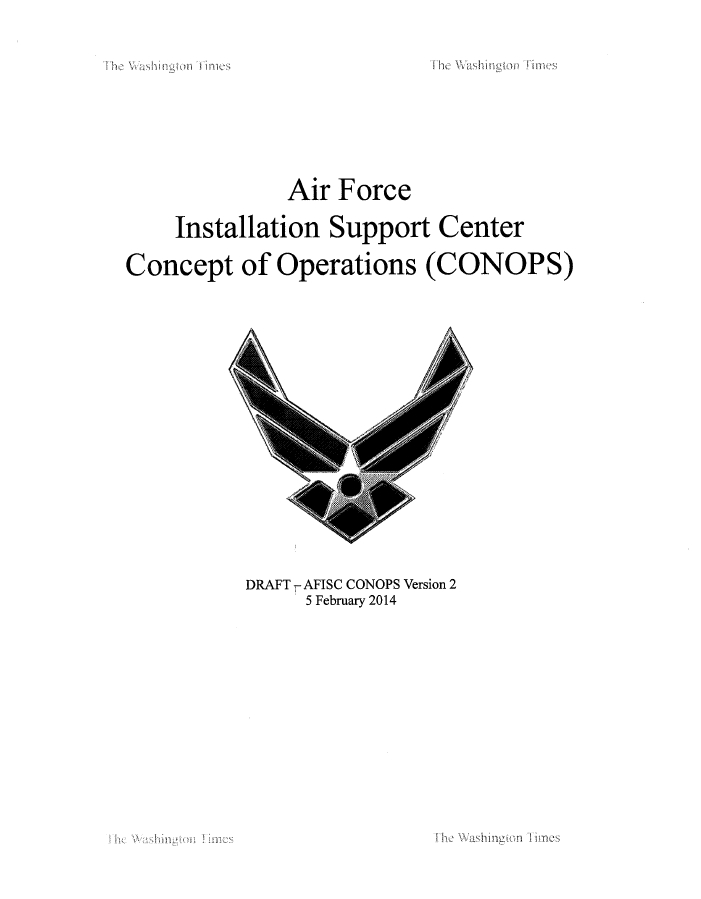 The generals who oversee those commands function as senior executives, ensuring that core programs and missions run efficiently and effectively, said Army Col. Steve Warren, a Pentagon spokesman. Base management has included a measure of autonomy.

The proposal is similar to the way the Army and Navy are organized, but the Air Force has long resisted consolidation of support services, noting that bases are more integral parts of their operations than they are to other military branches.

Douglas Birkey, executive director of the Mitchell Institute for Aerospace Studies, said budget pressure is so extreme that Air Force officials have had “to come down very quickly on certain ramps to attain certain goals.” That pressure, he said, drives “some pretty aggressive moves” that achieve short-term objectives but “can undermine things in the long haul.”

“Today’s leaders have no other choice,” he said.

Senior Air Force officials say the plan will save money by eliminating redundancies in areas such as personnel. They say in the document that the shuffle will provide the Air Force with “a once in a lifetime opportunity to more effectively and efficiently manage installation resources.”

But one Pentagon official with knowledge of the plan and its potential implementation said it could cause rifts between generals who command the bases and the two-star generals who would be charged with overseeing the assigned resources.

The official, who spoke on the condition of anonymity out of fear of retaliation, speculated that such a move could create communications issues capable of obstructing day-to-day operations such as base repairs, training and finance decisions.

Space planning, engineering programs, cyberforce training management and readiness training are just a few of the dozens of the capabilities that will be ripped from the control of the major commanders and realigned under support center management, according to the draft plan.

“I personally don’t think it’s going to work,” the official said, pointing out that the Army’s version of the support service is a command-level unit while in the Air Force it would be placed under an existing command — a structure that could create potential bureaucratic conflicts of interest.

Air Force top brass are reviewing the draft plan. If all goes well, they should approve it within the next several days, the official said. At the end of the month, Air Force officials will regroup and decide how to move forward.

It remains to be seen how the plan will be received. The official said the three- and four-star generals who run the major commands were not receptive to an earlier version in which they would have been required to cede a greater measure of authority to the support center’s control.

The “concept of operations” document — or initial draft — shows that the support center would have control of services such as fuel distribution, vehicle and support equipment, material management, small-arms training and ammunition allocation. Although the official said some of that framework was altered after the generals reviewed and rebuked the proposal, it is unclear how much of the framework was carried forward to the revised plan.

Retired Gen. Charles F. Wald, former deputy commander of U.S. European Command, said the Air Force has to implement structural changes because it cannot afford to chew through its budget at the current rate. Gen. Wald, who is now vice chairman and federal practice advisory partner for Deloitte, said the plan to consolidate base operations authority under the umbrella of a single support center on the surface “makes perfect business sense.”

Gen. Wald said Air Force generals who have resisted the plan probably are concerned that the support center will cost them power and prestige.

“The majority of people, when they think they’re losing oversight or authority or the size of their command or whatever, they don’t want to do that because — to a lot of people — how big you are what your footprint is, is indicative of how important you are,” he said.

The Pentagon official said the Air Force has experienced difficulty nailing down an expected amount of savings, but that might not hinder the progress the Air Force is making toward getting lawmakers to embrace the plan, Gen. Wald said.

Gen. Wald said Air Force officials likely have informed House and Senate staffers of their intentions, paving the way for a receptive conversation.

A Senate Armed Services committee staffer said Monday that the Air Force draft document has not made its way to the top echelon of congressional staff.

Air Force officials originally wanted to begin implementing the plan in October and staff the support center with 350 people. The draft document shows that although some personnel would be allowed to continue work for the major commands, they could function only as liaisons or specialists.

Air Force spokeswoman Ann Stefanek said the service is determining whether that 350 number will stick and how much personnel will be reduced out of each major command. The numbers, she said, are still fluid.

If all goes according to plan, however, the support center will be fully operational by the end of 2016, per the document.