LATEST EPISODE: In a dark room The Unregulated Podcast with Mike McKenna and Tom Pyle

NEW TODAY: The reason for the season? How commercialization made Christmas so popular

Chicago’s South Side packed with architecture, music and food history

America needs to rebuild the foundations of Western security

Xi Jinping and Sam Bankman-Fried living in a fantasyland

Visitors might not know that Chicago’s origins lie in its three “Sides,” defined by its namesake river — the North Side, anchored by the John Hancock building and Streeterville; the West Side, known for the Garfield Park Conservatory and Bucktown; and the South Side, considered by many as authentic Chicago for its architecture, music and food.

Those looking to explore the South Side first should take in the Museum of Science and Industry.

Known for its five-story domed movie theater, learning labs, U-505 German submarine and more than 35,000 artifacts, the museum is housed in one of the only remaining structures from the World’s Columbian Exposition of 1893.

As part of White City, the nickname for the fairgrounds, the structures were designed by Chicago architect Daniel Burnham in a neo-classical style.

Chicago’s architecture is defined by legends such as Burnham, Frank Lloyd Wright, David Adler and Louis Sullivan. One can take in any of the many Chicago architecture tours, including free ones on foot.

Although New York may be considered the home of skyscrapers, the first skyscraper is the 11-story Rookery Building on the South Side of Chicago’s Loop. The Loop gets its name from the elevated train, or “L,” that encircles the business district.

The Rookery Building was finished in 1888, the work of architects Burnham and Root. In 1905, Wright redesigned the two-story sky-lit lobby.

It’s worth noting that this historic building is LEED (Leadership in Energy and Environmental Design) Gold Certified as part of Retrofit Chicago, proving that the Windy City is at the forefront of sustainability, not just New York City.

While on the Loop’s South Side plan for lunch or dinner at The Berghoff Restaurant at 17 West Adams St. (312-427-3170). A Chicago institution, Berghoff has been feeding the city’s business class and workers since 1898.

The restaurant boasts four kitchens, meaning that nearly everything on the menu — from bread and strudels to German dishes — is made in-house.

When there, decide whether to eat in the fine dining restaurant (reservations recommended), the historic bar or the café.

Chicagoans on a budget head downstairs for the café, the secret being that the food is just as good as it is upstairs but value-priced.

Visit the historic Berghoff Bar, the first bar in the city to get its liquor license following Prohibition. While they brew Adams Street beer, a favorite has long been the Berghoff Root Beer.

During the Great Migration of the early 20th century, Chicago was a destination for thousands of blacks escaping Jim Crow laws in the South. As they moved into the Maxwell Street area, one of the city’s oldest neighborhoods, they brought Mississippi Delta blues with them, and the music evolved into what is known as urban blues.

Chicago-style blues is unique: It rides on the amplified sounds of electric guitar, harmonica, power drumming and electric bass. The earliest bands played at the famous Maxwell Street Market, known as the birthplace of Chicago blues.

And as a many a former Chicago resident will remind visitors, it is the only place to find an authentic Maxwell Street Polish dog, a heavyweight in the world of wiener cuisine.

Moreover, Chicago blues is known for inspiring groups such as The Yardbirds, The Jimi Hendrix Experience, Cream and The Rolling Stones. Each of these bands were influenced by Chicago blues musicians such as Big Bill Broonzy, Willie Dixon, Muddy Waters and Howlin’ Wolf.

With the wave of musicians came recording companies like Ora Nelle Records, Delmark and Chess Records. And Alligator Records, formed in 1971 by Bruce Iglauer, remains one of the premier blues labels to this day.

In fact, the Rolling Stones offered an homage to Chess Records and its South Side address in the 1964 instrumental “2120 South Michigan Avenue.”

In celebration of the Chicago blues, the 1920s Whitehall Hotel presents a “Let’s Spend the Night Together” stay through July 31. The Whitehall played host to the Stones during their 1981 American Tour, making this a must for fans of one of the world’s greatest rock ’n’ roll bands. 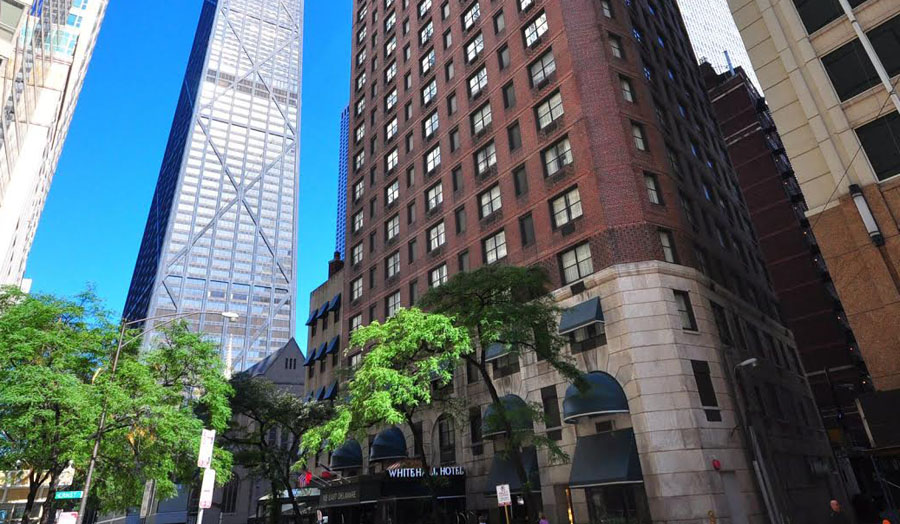 The package includes two tickets to a photography exhibit celebrating the 55th anniversary of the Rolling Stones’ first recording session at Chess Records.

Additionally, the property has an indoor/outdoor patio terrace with lounge seating and offers views of Lake Michigan and Grant Park, where you will find the famous Buckingham Fountain.

These new and freshly refurbished hotel is part of larger redevelopment of the South Loop district that includes residential, retail and commercial units.

One more stop to consider — Greektown, for a culinary exploration of Chicago’s immigrant history.

Greeks came through the South Side and created Greektown, which is still a favorite place to find authentic tavernas, restaurants and pastry shops along South Halsted Street.

While the Greek Islands is the most popular of the Greek restaurants, some of the smaller, family-operated restaurants offer delicious fare. Athena Grill is the place to enjoy a summer evening and classic dishes including souvlaki, gyros and lamb. If seafood is the goal, Santorini boasts the freshest fish and shellfish in the city.

A final tip: Call ahead to Santorini and ask if they have Canadian walleye pike. Walleye, along with the Lake Superior whitefish, is the best cold-water, mild yet flavorful fish diners can find.

Furthermore, walleye is hard to find outside the northern Midwest. Traditional Greek dishes at Santorini include meat dolmades and vegetarian moussaka. You also can find lamb kapama — “The Original Way,” braised with cinnamon and served with macaroni topped with red sauce and grated cheese, according to the menu.