McFarlane Toys debuts its line-up of 7-inch-tall, heavily articulated action figures covering a wide swatch of superheroes and supervillains from the DC Multiverse as they appeared in comic books, cartoons, television shows and movies.

The collector-friendly figures come packaged with a trading card, multiple accessories and a display base.

The collection includes versions of Batman, Green Lantern, Batgirl, Robin, Nightwing and a familiar, Man of Steel from Action Comics as well as a bow-wielding anti-hero that has appeared on The CW cable network over the last seven years.

Following Oliver Queen’s shocking decision to turn himself over to the FBI and reveal his identity as the Green Arrow to the public, Oliver has spent the past five months in prison while his team was left behind to protect Star City. He is determined to keep a low profile to shorten his sentence for the sake of his family. But Oliver’s limits will be tested when he and team Green Arrow are pitted against the most ruthless villains they have yet to face.

Accessories: Owners get a 7.25-inch-tall version of the angst-ridden character dressed perfectly to match its onscreen counterpart. 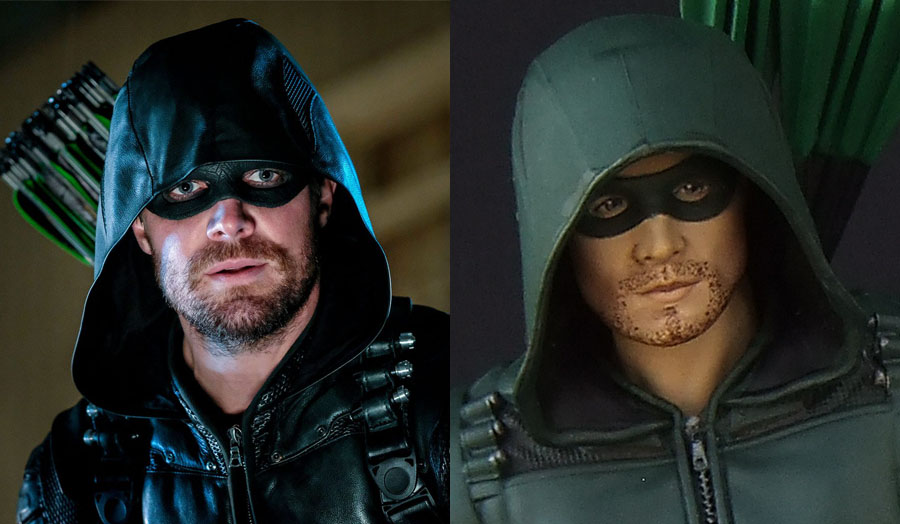 The head sculpt nearly mirrors a younger version of the actor playing the Arrow, Stephen Amell, with a 5 o’clock shadow and a green eye mask.

Extras include a modern hunting bow with arrow in firing position (nocked), an attachable quiver, a bundle of arrows to place in the quiver, a circular black display base and full color trading card with Arrow’s text data file on the back.

The wide range of articulation, down to joints on the front of the shoes and twistable upper arms should allow for a wide range of poses. However, the joints are very stiff, and a hand actually came off during testing.

Also, forget about trying to get Arrow to hold the bow in any type of serviceable position. The finger hand grip is nearly immovable and requires plyers and the careful finesse of a surgeon to potentially grip the bow and not break the figure’s fingers.

Watch it: Warner Bros. Home Entertainment is releasing the entire eight season run of the television show on the Blu-ray format in “Arrow: The Complete Series” ($189.99), scheduled to hit stores April 28.

What’s it worth: McFarlane Toys has created more of an articulated statue than action figure that does work well positioned in a display case of owners 12 years and older.

Sporting an impressive head sculpt and costuming, it’s an affordable choice compared to DC Collectibles’ other version of the Arrow released over the years. costing twice to three times the price. 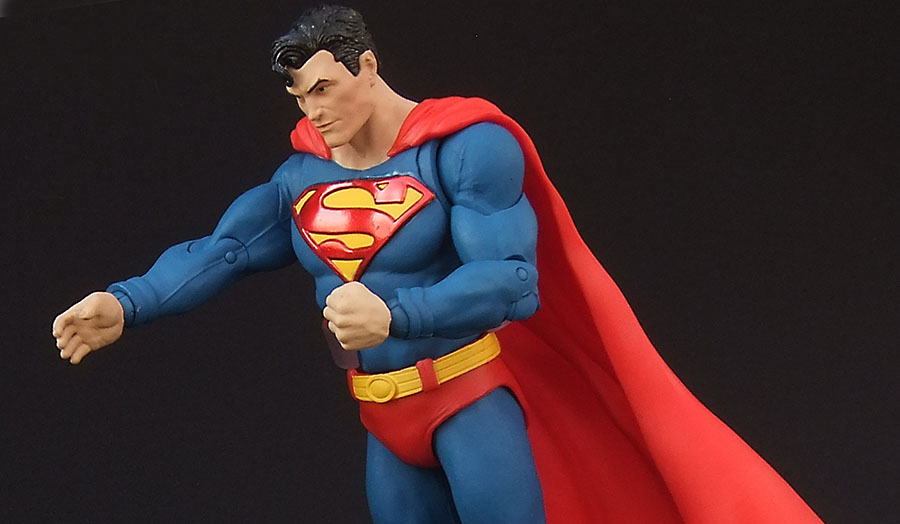 Sent to Earth from the dying planet of Krypton as a baby, Kal-El was found by farmers Martha and Jonathan Kent and raised as their son, Clark. As Clark grew up, the radiation from Earth’s yellow sun gave him extraordinary powers, which he kept hidden. Now fully grown, he uses his powers to protect his adopted world as Superman.

Accessories: Fans get a colorful, 7-inch-tall version of the Man of Steel attempting to recreate his 2018 appearance on the cover of Action Comics No. 1000 wearing Rebirth costuming.

The plastic bright garb offers a red cape, boots and trunks, rich blue body suit and yellow belt. Most impressive is the embossed metallic red iconic chest logo that really stands out against its yellow background as well as a flowing cape.

The face does not really pay homage to artist Jim Lee’s cover art for the issue, touted on the back of the packaging and trading card, but reminded me more of a melding of some of the best versions of classic Superman artist’s such as Jerry Ordway, Curt Swann, John Byrne and George Perez.

Accessories include a pair of extra hands (extended and gripped), the trading card, and a translucent display base with articulated flight stand to attach Superman and offer poses such as hovering above the ground.

The solidly constructed figure benefits well from all of the points of articulation as well as using the cape as almost a third leg to deliver more complex standing poses, but the stand with a rotating claw clasp really allows the recreation of a Superman in action.

Read all about it: DC Comics’ offers a hardcover, deluxe edition of Action Comics No. 1000 from 2018 ($19.99) that includes not only the 11 stories found in the original release that featured dozens of legendary creators such as writer Jerry Ordway and artist Curt Swan but a bonus Superman story from writer Paul Levitz and artist Neal Adams as well as reprints of Action Comics Nos. 1 and 2.

What’s it worth: McFarlane Toys’ Superman is one of the best looking and posing release from its DC Multiverse collection. Its quality and artistry challenges many of versions of the Man of Steel released over the years for mid-level collectors.

Despite being designed for the 12-year-and-older crowd, I can easily see parents buying the figure for a younger demographic looking for a hands-on introduction to the iconic character. 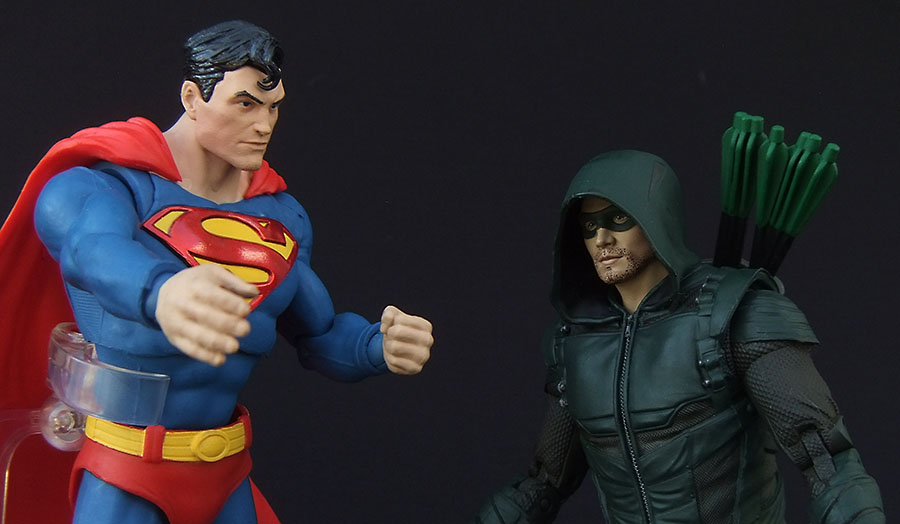