LISTEN: Breaking the cycle of hate The Rebellion Podcast with Everett Piper

The Unregulated Podcast: Numbers Mike McKenna and Tom Pyle on the Biden admin’s descent into madness 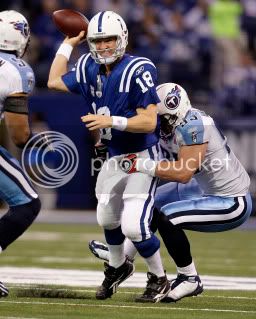 New England and Pittsburgh have won six of the past eight AFC titles and five of the past eight Super Bowls. But after being surprised by Miami and Oakland, respectively, last week, the Patriots (7-5) and especially the defending champion Steelers (6-6) are in jeopardy of not even making the playoffs.

The new kids on the block in the AFC are San Diego and Cincinnati, both 9-3. The Chargers’ only Super Bowl appearance was 15 years ago. The second of the Bengals’ pair came six years before that.

While Indianapolis is running away with the AFC, equally unbeaten New Orleans — the NFL has never before had a pair of 12-0 teams — gained a game on Minnesota last week in the battle for homefield advantage in the NFC.

As always, last week’s rankings are (in parentheses).

1. Saints (1): If Indy hadn’t pulled the same kind of comeback act the previous five weeks, New Orleans would’ve dropped behind its unbeaten rival with its narrow escape at Washington. Instead, the Saints look to clinch a first-round bye by moving to 13-0 with a victory at injury-riddled Atlanta on Sunday.

2. Colts (2): After using the “Perils of Peyton” script in record five straight come-from-behind fourth quarter victories, Indy stepped it up for last week’s visit by red-hot Tennessee and won going away. The Colts (13-0) can clinch homefield advantage in the AFC by beating Denver Sunday for a record 22nd straight victory.

3. Vikings (3): Why haven’t the Vikes dropped in the rankings after getting crushed last week at Arizona? Because beating the Chiefs and Lions shouldn’t move the Chargers and Bengals up too far and because Minnesota (10-2) might still be the NFL’s most balanced team. Losing linebacker E.J. Henderson for the playoffs hurts.

4. Chargers (5): San Diego has reeled off an impressive seven straight victories. The unnoticed fact is that four of them came against dregs Kansas City, Cleveland and Oakland. Winning, which has come by an average of 15 points during the tear, shouldn’t be so easy against Dallas, Cincinnati and Tennessee the next three weeks.

5. Bengals (6): Here’s how good life is for Cincinnati right now: the 9-3 Bengals can lose at Minnesota and San Diego the next two weeks and still win the AFC North by then beating hapless Kansas City. The San Diego game is the big one because the winner will have the inside track on a first-round bye.

6. Cardinals (11): Unpredictable Arizona got Kurt Warner and its mojo back last week in whipping Minnesota 30-17, letting the Vikes and Saints know that they deserve to be in the “who’s going to win the NFC?” discussion, too. First comes clinching a tie for the NFC West Sunday by avenging an opening loss to the Niners.

7. Cowboys (4): The undisputed NFC East lead was there for Dallas, leading the Giants 17-14 in New York late in the third quarter last week. But the hosts hit the Cowboys with touchdowns of 74 and 79 yards, dropping Dallas to 15-30 after November in this decade. That’s scary with the Bolts, Saints and Eagles still to play.

8. Eagles (9): Here’s a testament to Philadelphia’s offense: playing without DeSean Jackson and Brian Westbrook, the Eagles crushed Atlanta 34-7 on the road last week to tie the Cowboys atop the NFC East. Gang Green has only twice been held under 22 points and scored 40 against the Giants which it visits on Sunday.

9. Packers (10): No team is making a better playoff push than the Pack, who’ve won four in a row after smacking the Ravens on Monday. At 8-4, Green Bay is tied with the Eagles for the NFC’s wild card spots, a game ahead of the Giants. Since those teams play Sunday, the Pack won’t lose much ground even by losing at Chicago.

10. Broncos (13): Consecutive routs of the Giants and Chiefs have rookie coach Josh McDaniels sitting pretty. At 8-4, Denver can (and likely will) lose at Indy and Philly, but home games with the Raiders and Chiefs should provide the magic 10 victories that should put the Broncos in postseason for the first time since 2005.

11. Ravens (8): When Baltimore’s braintrust looks back at the 2009 season and wonders where it wrong, the answer will be something no one would have thought last summer: the defense. The 6-6 Ravens are eighth, but they’ve allowed more than 17 points in five games and fewer than 17 in just three (compared to 11 in 2008).

12. Patriots (7): The schedule is still favorable, but if the AFC East-leading Pats miss the playoffs for a second straight year, blame the defense. New England, which allowed an average of 14 points during a 5-2 start, has surrendered 25 points per game since in losing three of five including last week’s choke at Miami.

13. Giants (17): Just when it seemed time to kick dirt on the preseason NFC favorites, who had lost four of five and trailed the Cowboys 17-14 at home, Brandon Jacobs took a screen 74 yards to ignite a 17-0 run that beat Dallas. If they beat the Eagles Sunday and the Bolts beat the Boys, the NFC East will be in a 3-way tie.

14. Dolphins (18): Miami seemed done at 0-3 and with Chad Pennington out for the year. The Dolphins then won five of seven before collapsing at Buffalo. They were toast again, trailing the Pats 21-10 with 26 minutes left last week, but the other Chad, Henne, rallied them to win 22-21 and move within a game of the AFC East lead.

15. Titans (15): Chris Johnson was [IT] held [IT] to 113 yards and 4.2 a carry as Tennessee’s magical 5-game ride came to a one-sided end at unbeaten Indianapolis. The playoffs are very unlikely, but .500 is stil possible for the 5-7 Titans, who have Miami, San Diego and Seattle after Sunday’s gimme against St. Louis.

16. Steelers (12): The NFL’s best defense of 2008 is still ranked fifth, but the Steelers aren’t making the stops when they need them, having been shocked late by the lowly Chiefs and Raiders, ranking 20th on third downs and having forced just 16 turnovers. Even Thursday’s game with Cleveland is no gimme for the reeling champs.

17. Falcons (14): Chris Redman followed his fine effort in relief of Matt Ryan against Tampa Bay with a clunker against Philadelphia as the injury-ravaged Atlanta offense didn’t score until the final play. Losers of five of their past seven, the Falcons don’t seem able to play the Saints as tough as they did in Week 8.

18. Jaguars (23): The NFL’s worst winning team improved to 7-5 by completing a sweep of Houston last week. The Jags have yet to beat anyone that’s currently over .500. That’s the record that Miami brings to town on Sunday. A victory and a near-sure W in the finale at Cleveland and Jacksonville will have a winning record.

19. Jets (20): Rookie coach Rex Ryan has discovered a pretty simple formula. After beating Buffalo 19-13 in Toronto, New York is 6-1 when allowing fewer than 24 points. Since Sunday’s foe, Tampa Bay, has scored that many in just one game this year, the Jets should move to 7-6 and stay in the hunt for the AFC East title.

20. Texans (16): For the first time in their run of four straight division games, the Texans didn’t blow a halftime lead. That’s because they trailed Jacksonville 20-7 at that point before losing 23-18. The fourth AFC South loss in a row sank Houston to 5-7 and may have been a death knell for fourth-year coach Gary Kubiak.

21. 49ers (19): Alex Smith, the top pick overall in 2005, continued his rise from bust to respectable starter last Sunday, passing for a career-high 310 yards and three touchdowns, but the Niners couldn’t stop Seattle late and lost 20-17. That makes Sunday’s visit by Arizona a win or lose the NFC West game for the 5-7 Niners.

22. Panthers (22): They’re mathematically alive in the NFC at 5-7, but the Panthers are 1-3 against winning teams and only face such foes the rest of the way, starting Sunday at New England. With the untested Matt Moore at quarterback, Carolina will have to score more than the 16 it did last week against Tampa Bay.

23. Bears (24): Chicago’s last-ditch stand for making the playoffs for the first time since its 2006 NFC title comes Sunday at home against Green Bay. At 5-7, the Bears trail the Packers by three games and the Giants by two in the NFC wild card race. However, Chicago has hope after winning its opener at Green Bay.

24. Bills (21): If Ralph Wilson wants to share his team with Toronto, he might want to ask the NFL to stop scheduling division games in Skydome. After losing a “home” game to Miami there last year, Buffalo (4-8) followed suit last week against the Jets. Its punchless offense has failed to top 20 points in nine of 12 games.

25. Redskins (25): Jim Zorn summed up his team’s gutwrenching 3-9 season best on Monday when he said, “We intercept a pass, but they return it for a touchdown?” The Redskins led the potent Cowboys, Eagles and Saints late but lost all three games by a total of seven points. Do they have any fight left to fly to Oakland and win?

26. Raiders (28): Bruce Gradkowski was just another failed quarterback in Tampa, but he’s a hero in Oakland after leading the lowly Raiders past the Bengals and Steelers during the past three weeks. Gradkowski’s three touchdown passes in last week’s final quarter were just nine fewer than Oakland had in its previous 47.

27. Seahawks (26): The coffee is hot in the Emerald City this week since the Seahawks have done two straight for the first time this year. Not that beating fellow NFC West laggards St. Louis and San Francisco is much to cheer about, but after being 3-7, having a realistic chance at a .500 finish is a reason to smile.

28. Chiefs (27): Sixteen years ago, Kansas City met Buffalo for the AFC title. That’s as close as the Chiefs have come to the Super Bowl since they won it 40 years ago. KC has a shot to win Sunday at Buffalo, but given last week’s 44-13 whipping by Denver and their 3-9 record, it might take 16 years to fix the Chiefs.

29. Lions (29): Make it 2-32 for Detroit after last week’s 23-13 loss at Cincinnati. The Lions led 7-0 but didn’t score again until there were just 96 seconds left. At 2-10, Detroit is in the midst of its seventh season out of eight with double-digit losses. And rookie quarterback Matthew Stafford is hurt again.

31. Rams (31): After hitting double figures four straight weeks and actually winning one of those games, St. Louis reverted to its touchdown-less ways in losing 17-9 at Chicago with Kyle Boller filling in for injured quarterback Marc Bulger. No matter who’s under center, the Rams should fall to 1-12 Sunday at Tennessee.

32. Browns (32): Yes, they led San Diego 7-0 and trailed just 13-7 at halftime, but it was 27-7 less than 10 minutes later and Cleveland was sinking to 1-11 overall and 0-6 at home. There’s hope on Thursday against visiting Pittsburgh because the Steelers are reeling. But they’re still way better than the Browns.

The NFL is back on top of the ratings, dominating with 48 of the top 50 most watched telecasts. How much football are you watching this season?

David Elfin has been following Washington-area sports teams since the late 1960s. David began his journalism career at Bethesda-Chevy Chase High School, the University of Pennsylvania (B.A., history) and Syracuse University (M.S., telecommunications). He wrote for the Bulletin (Philadelphia), the Post-Standard (Syracuse) and The Washington Post before coming to The Washington Times in 1986. He has covered colleges, the Orioles ...

EDITORIAL: High noon in the Virginia

The curse of inflation