“Mic check!…” yells an “Occupy Wall Street” organizer in Zucotti park. “Mic check!” the crowd around her responds. That is the signal that an OWS meeting is about to begin. Say goodbye to Robert’s Rules of Order.

Apparently, OWS protesters could not get a sound permit for their long term “occupation” of New York City’s financial district, so megaphones and any other kind of electronic voice amplifier cannot be used during their now almost one month long demonstration. In lieu of giant big box speakers from a stage, protesters, are relegated to repeating an organizer’s announcements, so attendees can hear what an organizer is saying.

Not only is there phrase repetition from the crowd but also hand signals. When attendees are in agreement with a proposal, there is not just a simple raising of hands or stating “aye.” A Jazz hands or spirt fingers response from the crowd represents approval or agreement, it seems. According to the Atlanta organizer, they do not applause for anything, because the sound “prevents” others from being heard. 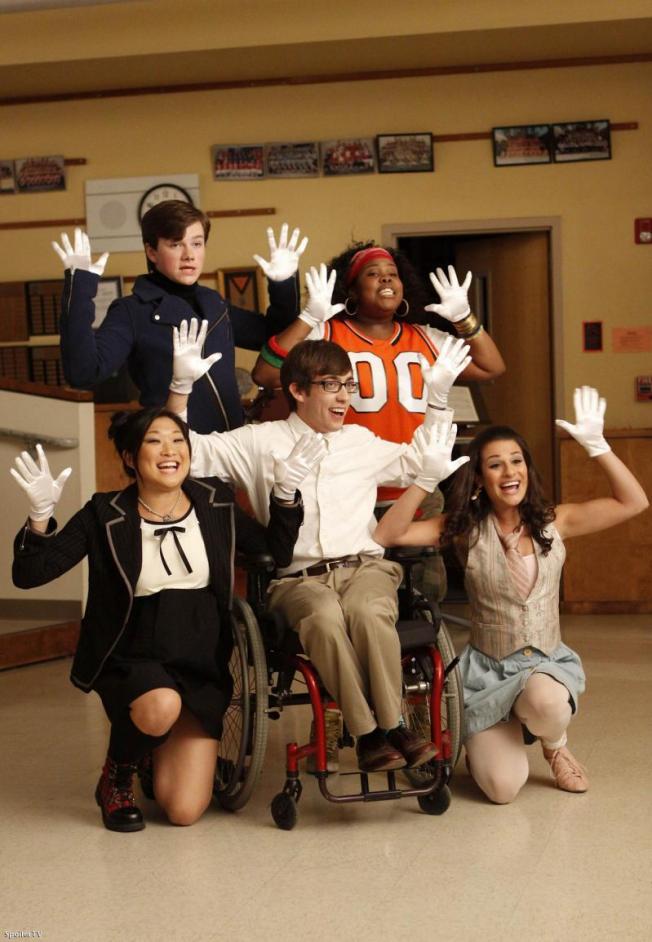 (photo from the TV pilot of “Glee”)

One can only imagine what Rep. John Lewis, Georgia Democrat, was thinking when a bunch of jazz hands of Occupy demonstrators in Atlanta on Friday flew up in the air and agreed that he could not speak until they were done with their agenda. Mr. Lewis was not willing to stand around and listen to the organizer give a speech, while the crowd repeated each sentence the organizer uttered.

It should be noted that Rep. John Lewis was not the only Democrat who was essentially pushed away by the the Occupy protesters. New York media outlets reported that New York Representative Charlie Rangel also attempted to stand in solidarity with OWS demonstrators, and he received a chilly reception as well.

Although organizers in Atlanta are using a megaphone, the crowd is still repeating what the organizer is saying. So the practical nature of the issue is out the window. It is tantamount to the demonstrators needing everything to be chanted back like their usual marching slogans: “This is what democracy looks like” or “No justice, no peace.” Now we hear them chanting back meeting agenda announcements to the organizer. The scene is reminiscent of Apple computer’s 1984 ad, and we’re all waiting for somebody to run in and smash a hammer into the ridiculous nature of it all.

Although a number of Democrats, including President Obama and House Minority Leader Nancy Pelosi, have shown support for the Occupy Wall Street bunch, the push back against Democrats and other activists who want to offer support to the OWS demonstrations just adds to the confusion of what Occupy Wall Street really is about.

Rep. John Lewis, Georgia Democrat, attempted to give his support to “Occupy” protesters in Atlanta and he was rudely brushed off.

Biden, Harris pressure on Supreme Court ahead of Roe decision seen as part of a trend